This comes courtesy of Bob Kloss….

Bob spoke of a pattern of ‘footprints’ on the outside of his hives that he learned was indicative of robbing in episode 102 – Chewing the Fat.  I wanted to share the photos and some commentary of what he learned. 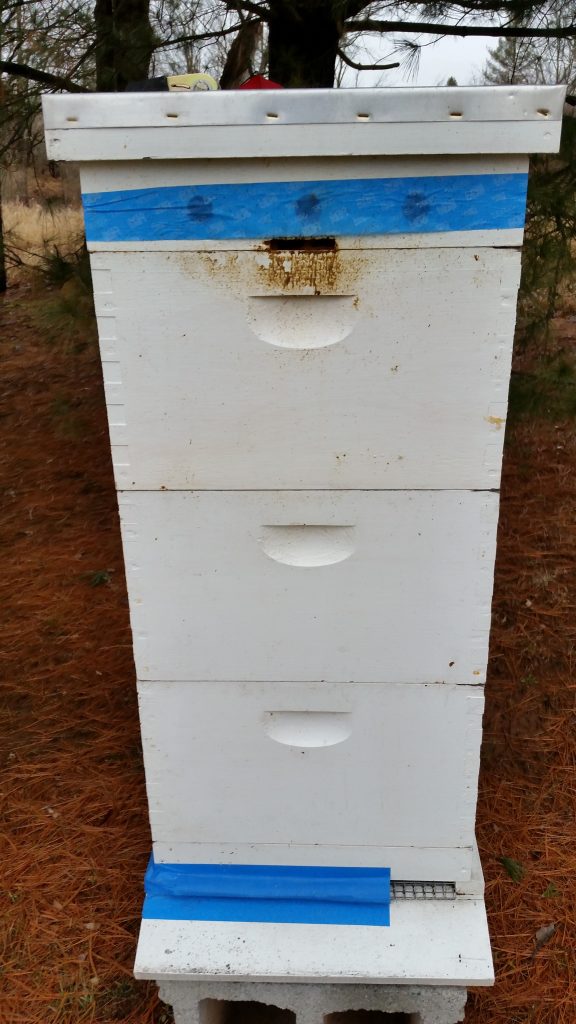 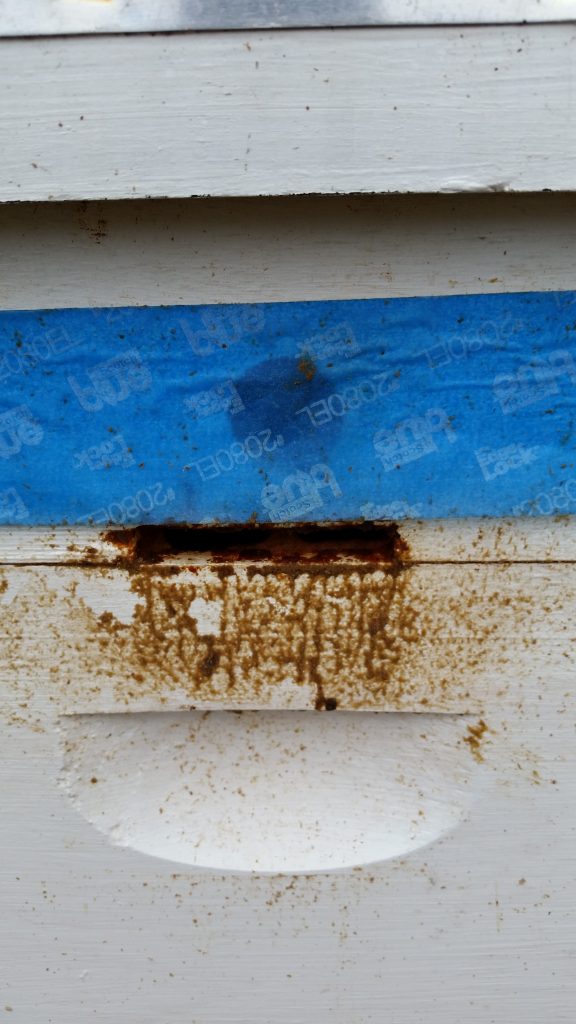 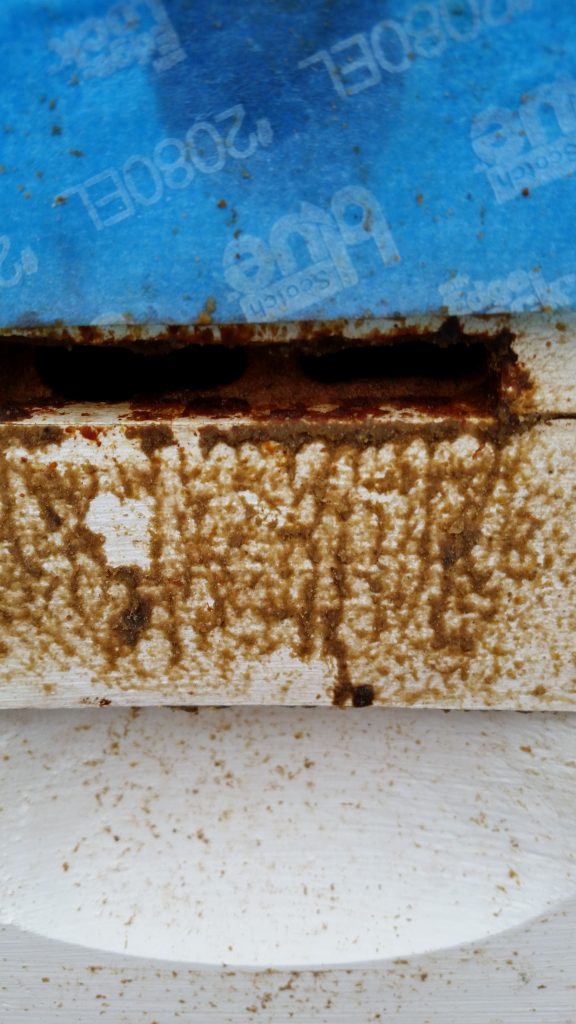 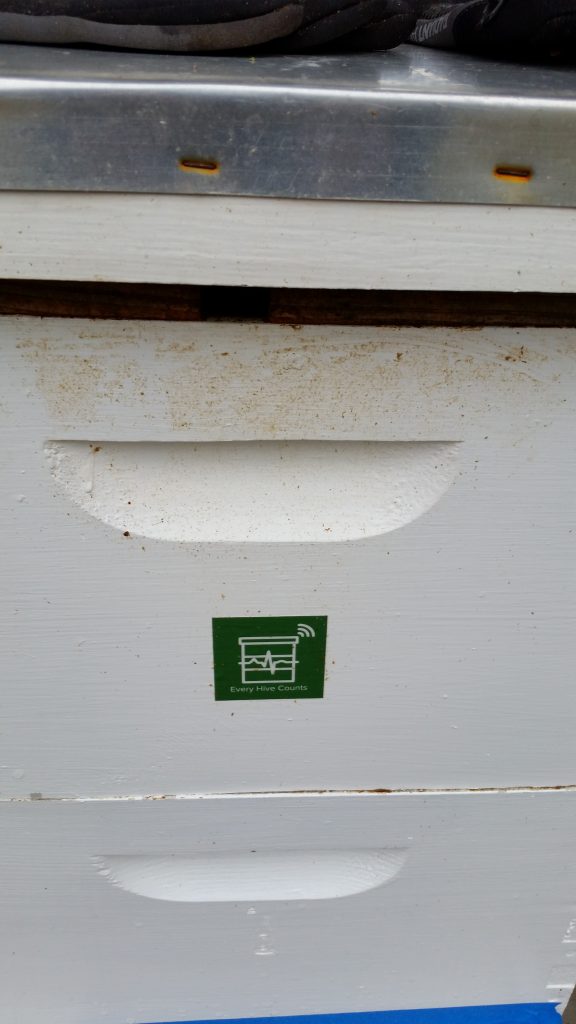 What is that stuff?
What Bob shared is what you are seeing is likely a mix of wax and honey that is being tracked on the outside of the hive and it is being tracked as the walks off the board in preparation for flight.  He’s clear that it is honey in some form.  How does he know?  Um, he tasted it :-0

Only a beekeeper would consider wetting their finger and giving it a taste to sample what it was.  He said it had a waxy sweet taste in case you were wondering.

“Flight” is not necessarily Equal to “Hive is Alive”
One of the cautions for new beekeepers is that they see flight from a hive and think that the hive is alive. It is not hard, if you are inexperienced, to be fooled by bees coming and going to think that a hive is alive when in fact it is being robbed.  Seeing this pattern is one more trick in your arsenal to walk up and do forensics on a hive and know that the bees are not foraging, but robbing out.