You will hear me say in the next local hive report that none of my nucs survived the winter.  I’m honestly disappointed but my expectations for success in beekeeping has been well tempered with years of beekeeping under my belt.

Why? The Grief of Loss

Whenever things go wrong you first ask why.  It is not unlike the seven stages of grief.  Things look so good in December but along the way you can see signs that things are taking a turn for the worse.  If you find yourself in this position know that you are not alone.  I saw that most of the hives didn’t have a lot of traffic in early to mid January and I could begin to see the beginning of the end.  I did see bees coming and going but with an experienced eye you could tell that they were not residents of the hive, but interlopers checking out possible resources.  One strategy for loss is to not be blindsided.

One of the first things I did in assessing why the hives succumbed is looking back at how they were going into winter.  I feel as if I am a unique, but a fairly typical individual, when it comes to beekeeping.  I’m an optimist and pragmatist; which one I am is predicated on what I am doing.  Given I am speaking about hive loss I guess I have my pragmatist hat on but when talking about hope want and desire I often find myself as an optimist.  I point this out because I don’t think that others are different and when it comes to evaluating hive loss, well pragmatist and data win and are key to learning and preventing the same mistakes in the future.

So why say all that.  Each hive of the 8 presented different states.  I should share that two were not mine, and were ‘on loan’ so I am not going to speak to them.  If I recount the history of each hive I can give a grade to whether I thought it would survive and then assess what I found.  Imperative to doing any assessment is having data to analyze.  I’m proud that I have good notes on the hives and it really helped me reconcile what I found.

So what did I find.  (Pragmatist speaking) In retrospect 5 of the 6 hives were just over weak to moderate going in.  One of them I thought was strong.

These were stacked two over two.  Meaning a single nuc sitting over a single nuc.  They were nestled next to each other
Why didn’t they survive: My two nucs were not very strong and just didn’t have enough population to stay warm.  The Northwest (NW) Nucs were smaller in size as they were hives that were used over and over again for fair demonstrations in observation hives.  They also may have had some mite impacts but I can’t say for sure on that.  Two wrongs do not make a right and this is an important factor in the failure of the nuc condo concept for hive #5.

I loved this hive.  It was one that I nurtured from a swarm and I thought that while moderate it would make it through.
Why didn’t they survive: It absconded.  Gone, poof.  Not a single bee or dead bee in the hive.  Some signs of brood left and certainly stores but not a single bee.  I have seen this in years past but I am at a loss to explain where or why they left. This hive might have been impacted by the demise of the singles to it’s left.  With them gone it was out on an island and perhaps it couldn’t stay warm. Hard to say but a theory to consider.

Both of these hives were moderate going into winter and set alongside each other to share wamrth and get them through.
Why didn’t they survive: At the end of the day simply did not have it seems enough population to get through.  I would have thought that with the insulation and the ability to share warmth that survival was possible.  Both left tons of stores but did ended up with small clusters on the frame and dead bees on the bottom board.  Something indicative that they could not keep enough warmth.  They were split from other hives, one of which had a high mite load (I learned later) so perhaps they had some sick bees.  Combined they may have made it.  Separate they didn’t survive.

This hive was incredibly strong and if there were a hive that would survive this should have been it.  It had a ton of bees going into winter and more than enough stores.  In my notes I also treated it with ApiVar early enough that it should not have had an impingement from mites.
Why didn’t they survive:  Good question.  This hive was flying in early January and while I had observed that the other hives were in trouble, this one, this one I thought would make it.  My guess is fate had a little to do with it.  This hive was on the end of the stack.  It was on the prevailing wind side and with the other hives out of commission it was on its own to keep warm and perhaps it simply didn’t have enough gusto.

Lesson Learned #1 – It has to be Booming

If the nuc is not booming, no nuc condo will get them through.  Never attempt to overwinter a nuc that is moderate, nor should it be a single box* – it should be a beast.
*It could be noted that I put two singles over top of each other with a screen between them.  The logic was that heat would be shared and essentially it would be two boxes deep and have twice the heat to share.  It didn’t work and I would think that two deeps are necessary.

Lesson Learned #2 – It has to be two full deeps

Two deeps is a minimum.  Stacked singles or the oddball that I had of a single and a shallow are not good enough.  Simply not enough bees and stores – see #1.  Another consideration is simplicity of insulation.  With different hive heights it was less then ideal for the insulation.  See the cover image and you’ll see what I mean.

I was reticent to break up the condo and rejigger the insulation.  If a hive is dead and it is in the middle of the stack, it has to be moved out.  When I do a condo in the future, dead hives, especially ones in the middle of the stack will be taken out and the condo will be reformulated.  It is of no use to neighbor hives if the hive next to it is not pulling a load of keeping the groupings warm. Dumb observation but I’m writing it down so I’ve said it in public and it will force me to abide by it in the years to come.  Weird psychology on my part but when I post or say something in public I abide by it.

One thing I decided on was to roll the dice on hive populations.  I knew my hives were moderate and I took my chances thinking that insulation and combining warmth would get them through. Wrong.  If I were smart I would have combined the hives but I wanted a lot of Nucs for spring and underestimated the ability. This was my first attempt at overwintering Nucs.  I think I did a terrible job and regret losing bees.  I also recognize the resources expended and time lost in the attempt which stings a bit too.  But until you fail you will not know where the thresholds are and now I know what I had going in and that it won’t work so I will not do that again.

I employed a tactic where i used Brushy Mountain nuc feeders on top of each hive.  In the feeding chamber I put insulation and then food in the form of fondant and pollen patties.  I did not insulate the top of the condo.  I think the feeders were a good approach and I’ll do that again. I think however that in the future, given they’ll all be the same height (see #2) I’ll put insulation over top of the stack too.

You might have seen the blog post on the FLIR camera I picked up.  With insulation it is ineffective.  I think next year I’ll rig the insulation on the front and backs of the hives so I can take it off temporarily for a reading and for easy of removing any hives should they die (See #3).

Successful overwintering requires a plan. If you want to have booming Nucs (See #1) you have to start on time and prep the Nucs for fall.  I got a late start in 2016 and in retrospect have to take a more sound approach.  I wanted to do Nucs all year last year but being away in July really set me back. This year I’ll comit to planning earlier and get Nucs in tip top shape by having a plan of attack setup ahead of time and not doing it by the seat of my pants like last year.  If you have to consider root cause for failure this is in all honesty the likely culprit.

Feeling stupid about mistakes motivates one not to repeat them.   That being said, I think I can parlay this into a better chance at success next time.  I tested some approaches and underestimated the power of insulation and quantity of bees.  I’m not patting myself on the back but I will say that I am happy that I took the time this past weekend to go through each hive, hive by hive, and do a review of what happened so that I can understand the mistakes and learn from them.  I have met a good number of beekeepers who have had failures and simply never know why.

I will say again that I am disappointed at failure but motivated to get it right in the future.  I have heard too many things about the positive traits of having Nucs ready in the spring and need this in my ‘operation’. I will lick my wounds and plan throughout the year for success next winter.  Hopefully if you made it this far you learned from my experience and can use it for your own benefit should the situation arise. 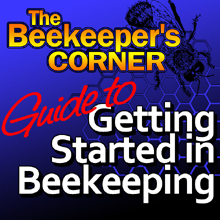 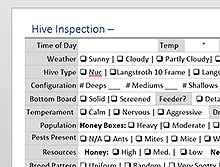 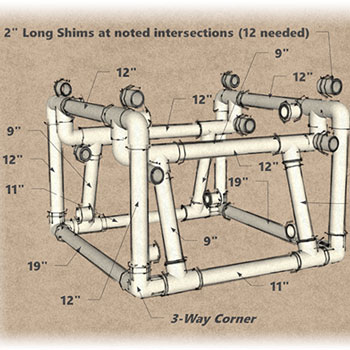