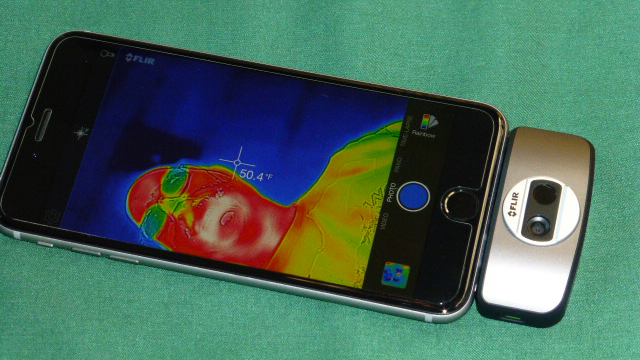 As a beekeeper I have always wondered if there were an easier, more effective way to determine if bees are alive in the winter.  I have tried, successfully upon applying myself, to determine if bees are alive during winter by various means and really don’t need a $200+ gizmo to know if my bees are alive but I’ve also experienced my trials and tribulations with those methods.  Listening with my ear to the hive, listening with a stethoscope, feeling for heat, tapping on the hive until a bee comes out to examine me, lifting the roof to expect, and so on.

In 2016 I decided to build a nuc condo and wrap it with foam insulation.  One side effect of this is that the hives are encased next to each other  and it makes it all the more difficult to determine hive viability.

Enter Santa.  Santa was kind enough to bring me a FlirOne camera for iOS for Xmas 2016 and this post is a summary of first impressions.

The Flir camera for iOS is designed to be an extension of the phone. I found this a bit troublesome as it would not work with my case.  With the case on, the connector was not long enough to make contact.  I suspect that there are few if any cases that will work with this device and if you get one you should expect that you’ll have to remove your case to attach it.  The device has a built in battery and comes with a charging cord.  It was partially charged when I got it but I charged it fully before using it.

The camera (dongle).  A carrying case, and power cable. 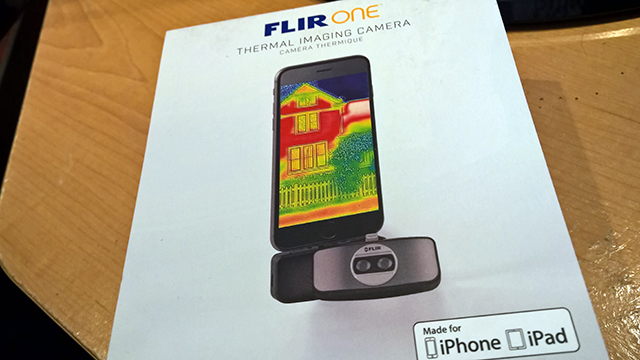 There’s a quick start guide that encourages you to visit a website.  I skipped this originally and simply charged the device and used it.  I would recommend you do visit the site as there are setup instructions and the more detailed user guide is there.  It is worth the review as there are tips there for understanding the device and its features along with the method of how to calibrate the image. 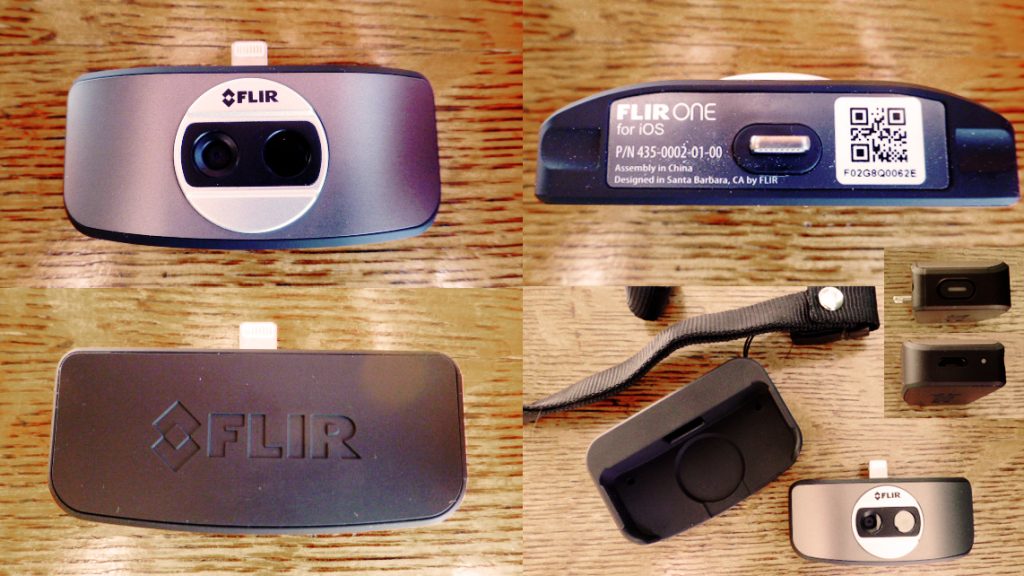 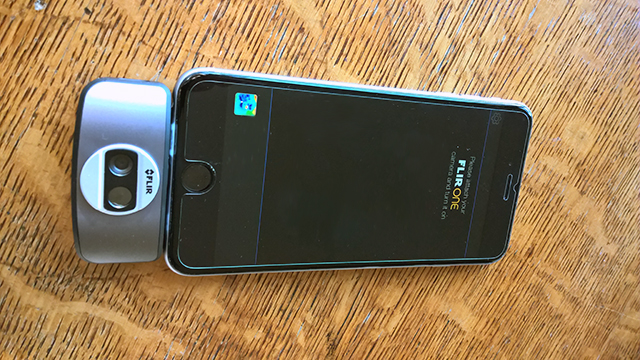 First Use – In the heat of the day.

The first day I used the device was Christmas day.  It was immediately gratifying to see the device work but I instantly recognized that it wasn’t going to work well during the day as the hives were being heated by the sun and the device was picking up the full heat signature on the face of the hives.  One thing that was a cool observation is that the bees showed up as a hot signature against th cold boxes. 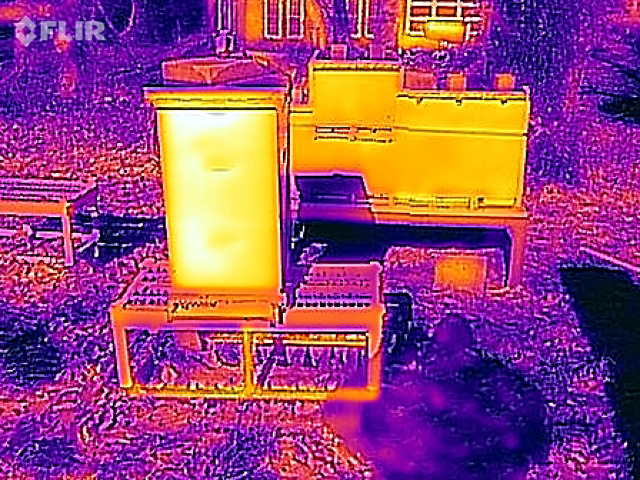 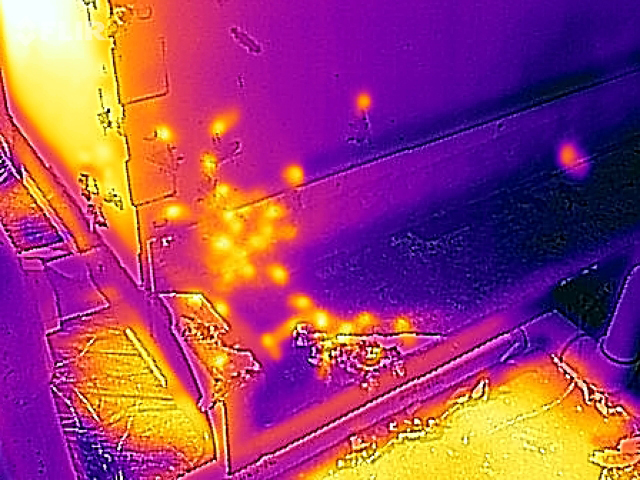 Second Use – Better Results on a cold night

The next night I had some time and went outside at 10pm and took some shots.  Much better results.  One thing that you’ll see from the images is that you can select different color pallets and I think it helped some to discern where the bees were.  I have to learn more about the way the camera operates as it suggested to be a certain distance but I felt that I got some better results when I stepped away some.

The good news is my big hives are alive.  IT was clear from the screen while looking at heat signatures that the bees are alive.  In my nuc condo, which has 1 inch foam insulation, it was harder to discern.  The insulation masked any heat loss (which I guess is a good thing!).  It became obvious that hive’s lose heat from the handle areas.  You’ll see from some of the image captures that I figured out along the way how to turn on the spot meter and get point temperatures. 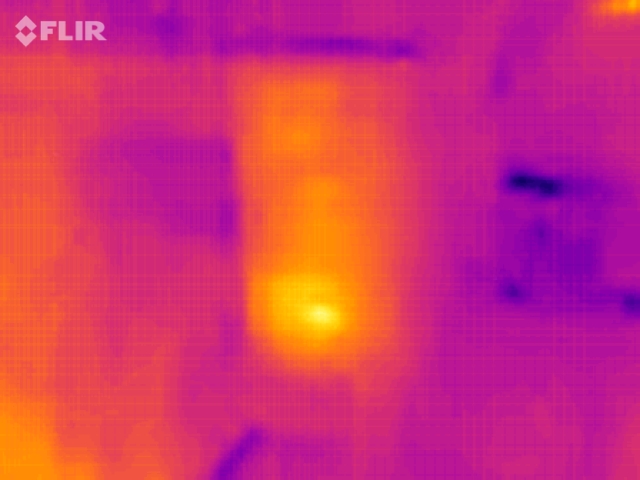 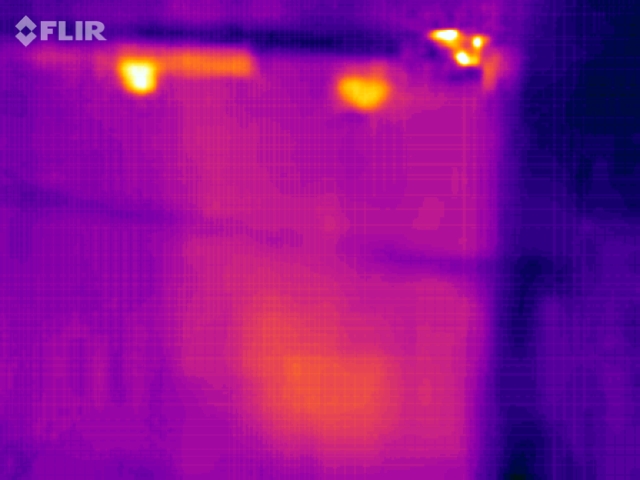 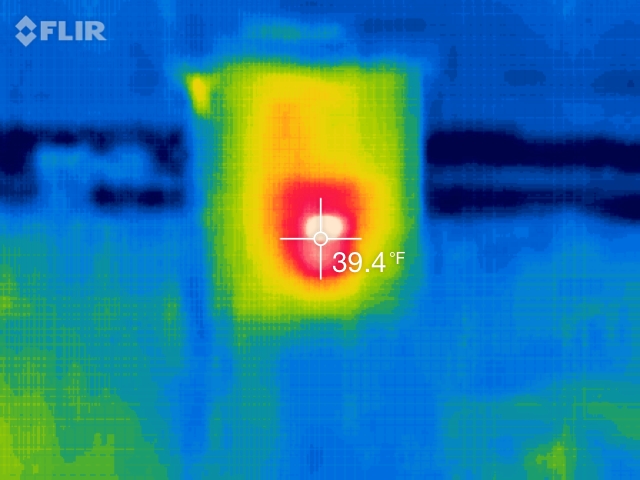 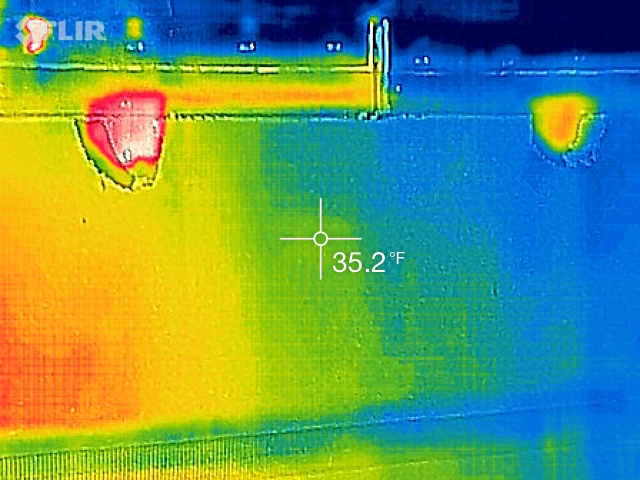 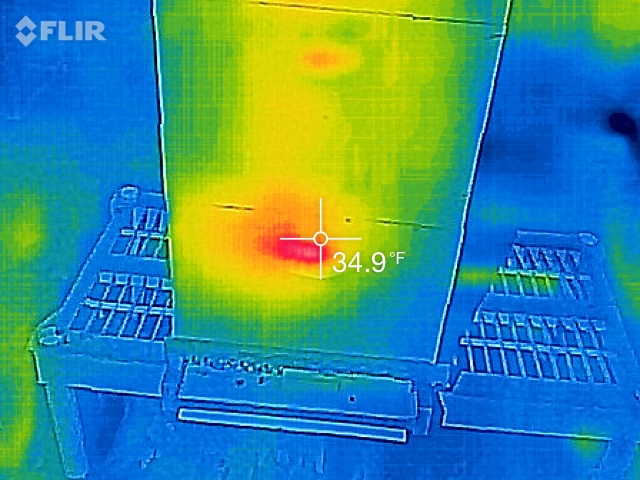 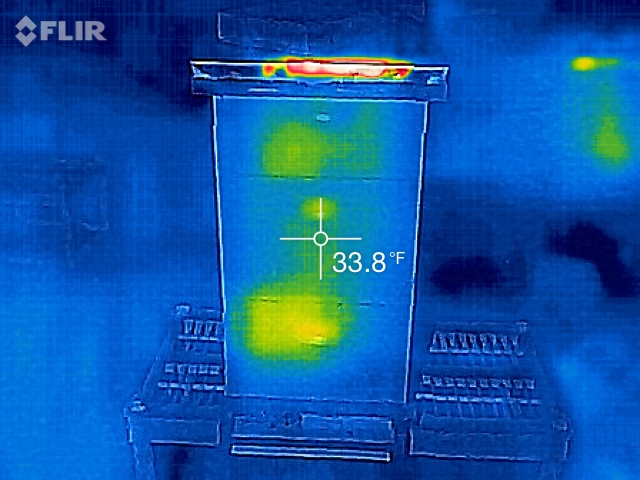 It’s okay so far.  I plan now to go and read the manual and learn more about it.  I am satisfied overall but have a few wants.  I very much dislike that the image captures say FLIR on them.  I’ve seen a post that indicates to download a PC based software from FLIR (FlirTools) and in there you can change the photo and strip off the watermark.  I also would like to figure out how to get the images a little crisper and not so muddy.

While i’ve seen others thermal images of hives, I can say that I learned a few things from being able to operate the device in my hands – and for my personal hives.  For example some of the areas of the hives could need some additional insulation in my nuc condo.  If the camera helps me understand my weaknesses and I can save a hive in return, investment recouped.  I’m think over time I’ll find more uses and have some fun along the way so stay posted for further comments.